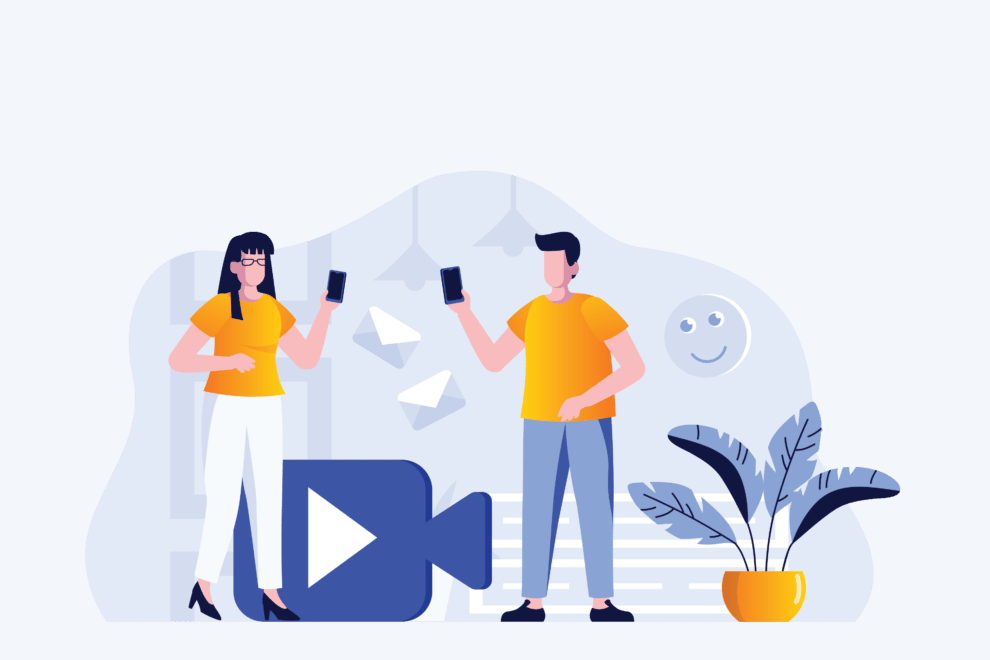 There are many aspects of filmmaking that can make it a costly endeavor. These need to be considered when creating your short film budget template. The budget estimates how much money you plan to spend on a film. Keep in mind that the more intricate and elaborate your film, the more expensive it will be to make. For example, if you aspire to make a low-budget movie with a small crew, your budget will be accordingly small. However, if you want to make a feature film with a large crew and expensive equipment, your budget will also be huge.

This article makes this process easy by discussing what to include in a short film budget template and how to create one.

What to Include in a Short Film Budget Template?

Each film is different and has unique requirements. The best way to discover what you need is by assessing your script and discussing it with a few people before you start shooting.

Some of the fundamental items of a short film budget template include:

1. Length of the short film

The length of the short film is a significant factor in budgeting. Since short films are generally cheaper to make than feature films, their budget will vary accordingly, mainly depending on the pages of the script. Short films often have a runtime of 20 minutes or less. However, the Academy Standards state that short films range from 3 minutes to 40 minutes.

So, for example, a 12-minute film would cost about 2-3 times less to make than a 30-minute film with the same production quality and talent involved.

Production value is determined by the production design. It is expressed in terms of the genre, the complexity of scenes, and the production equipment you will be using.

Some of the costs associated with production are as follows:

Pre-production cost is the money you spend on planning and designing your short film. Before you start shooting, you need to make a short film budget template. It includes making a shot list, hiring directors of photography (DP) and other crew members, and other expenses like paying for casting calls, scouting shooting locations, hiring writers, and initial selection meetings. Pre-production costs typically should be between $250 and $500 (maximum).

Production cost is the money you will spend on making the short film. It includes paying for equipment use and rental, location fees, props, costumes, etc. Production costs are the most significant percentage in a short film budget template, typically 75-80%. Therefore, completing this section of the budget is highly advisable. Below are the categories to expect in this section of a short film budget template:

It would be best if you aimed to pay at most $3000. This way, you don’t go overboard in spending during post-production.

How to Create It?

Creating a short film budget is not an easy feat to accomplish. However, you can make the process much less stressful by creating a template for it before you start filming. The following steps can be followed for this process:

The first step you need to take is to outline your production schedule. The production schedule should include the shooting dates and times, days of shooting, and the budget for each day. It is advisable to shoot 3-5 pages of a script per day.

The first thing you need to include in your short film budget template is hard costs. The costs included in this section are those that cannot be changed once the short film production begins. For example, you can’t change equipment once it has been bought.

Label each actor or crew member on your short film budget: name, role, experience, and salary. Each of the categories should be completed individually. You can also include a reference to any background they bring to their role with an explanation.

Your short film budget should include a detailed breakdown of the time frame and resources for your edit. Calculate how much time it will take to edit your short film according to these shooting days and the length of the script. Also, include a description of the process you will use for editing your film in this section.

Finally, it is time to complete your short film budget template by filling in all the information that has been provided. You can complete it by adding them all up. Ensure that the total amount fits what you want for your short film. If it doesn’t, then make adjustments to your budget.

A short film will ordinarily cost between $700 and $1500. The costs are dependent on the length and production design. However, it would be best if you were aiming to make a short film within the budget you have or in the cheapest way possible. 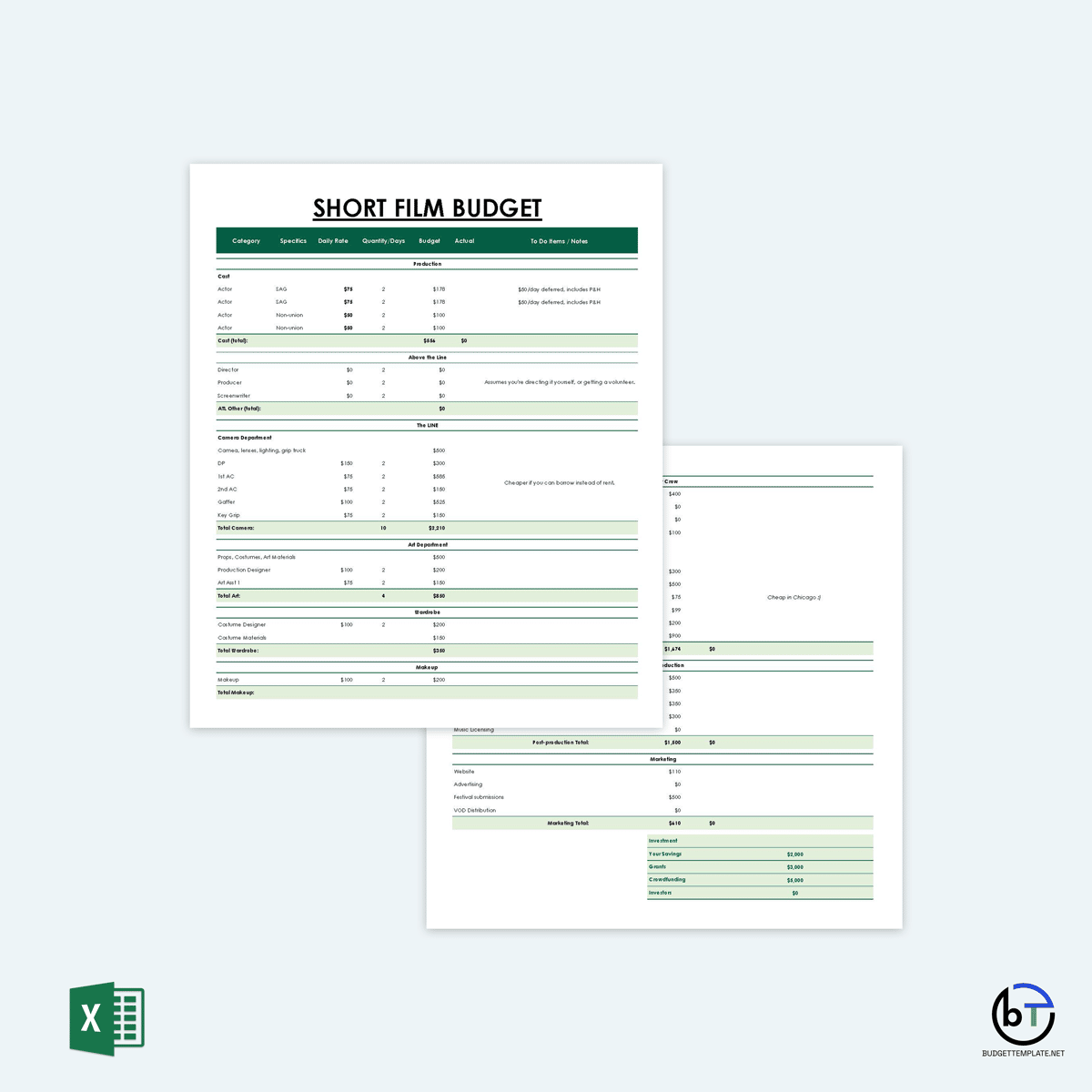 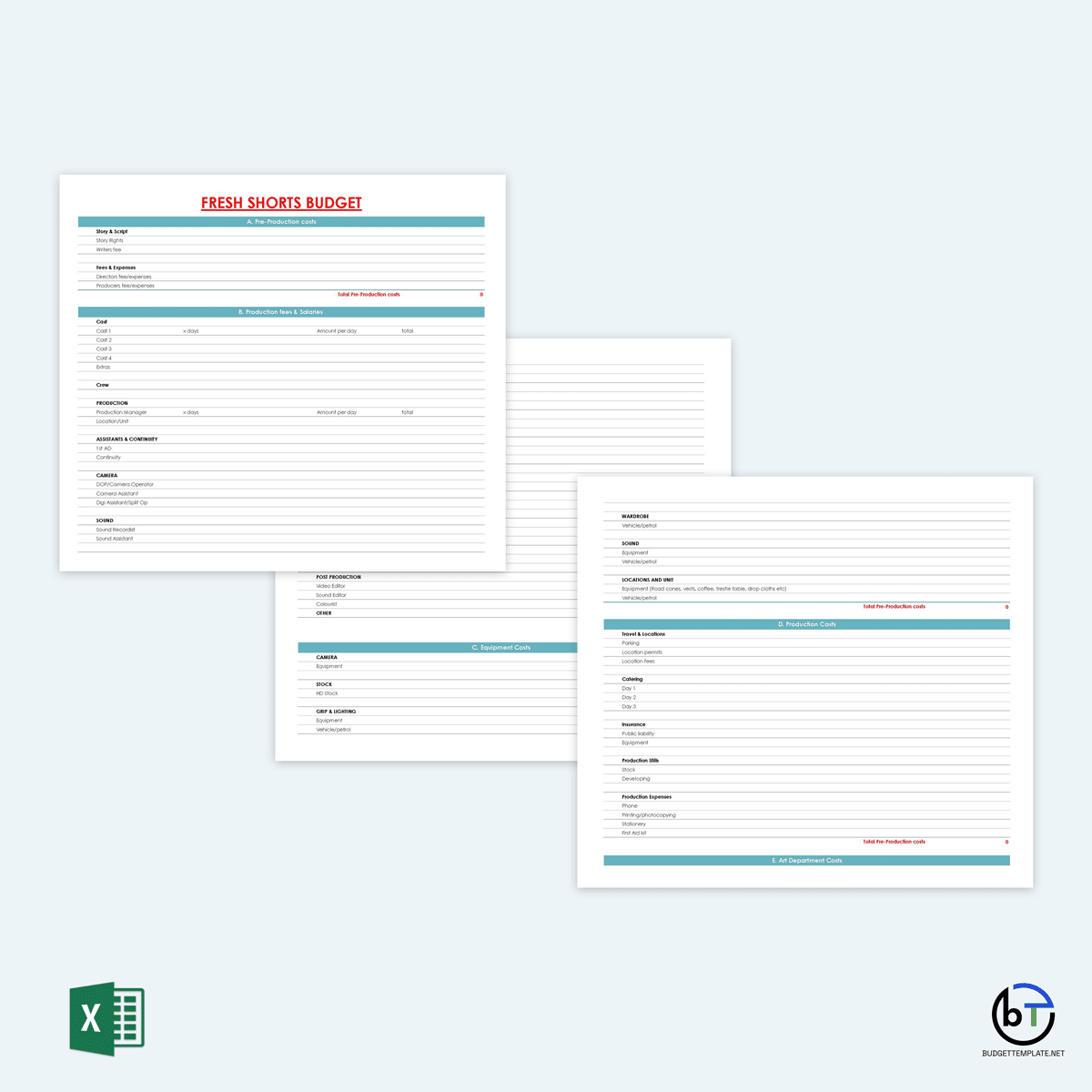 Tips to Make a Low Budget

Creating a low-budget short film can be difficult. You may be tempted to cut corners and costs to get the film you want on the screen. However, when it comes to short films being too low-budget could mean that your short film flops at the box office. Here are some tips that will help you in this process:

How to do marketing for a film?

You have a short film in the works. How can you market it to people? First, spend time researching the process of filmmaking and learn how to develop your short film. For example, do you have a script? Then, create a video to present your short film. Talk about what it is about, why it is essential, and who your audience is. Next, partner with other filmmakers in your city or online community, such as Youtubers, Instagrammers, and social media influencers, to promote your short film. Other marketing strategies include ads on local newspapers, posters, flyers, and local radio/TV stations. You can also ask family members, friends, and local businesspersons to share your ad.

How much does it cost?

Costing a short film requires balancing the numbers – costs, and revenue. Revenue will typically be dependent on how many people your film will reach. If you’re creating a short film for $500, you can use $500 for marketing totaling $1000 to make the film. You can make adjustments depending on your situation until the numbers make sense. 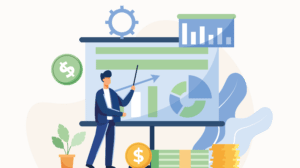 For companies to run efficiently, they must create an effective plan on how... 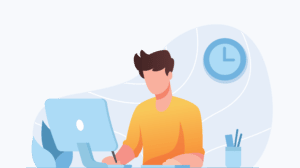 Free Dave Ramsey Budget Templates – What Is It?

Dave Ramsey has been helping millions of people gain control of their finances... 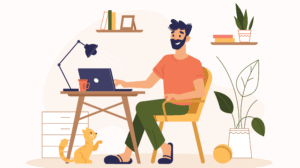 Building and maintaining a healthy budget is not always accessible. However, it...